Have you seen that TV show about tracing your ancestry? I watched quite a few episodes and it really gave me the bug.

I have cousins on my Mom's side of the family that have been tracing the family tree for years, but no one was looking into my Dad's side of the family. I was going through some old files for shredding and ran across some of my Dad's old papers. He had saved a copy of his fathers delayed birth certificate and a letter from a church stating that he had been born in PA and baptised there. I think that is what they give you when you were born at home. Anyway, that document had a witness listed as my grandfathers sister. I never knew my grandfather had a sister! I called my cousin and asked if she knew this info and she was as flabbergasted as me.

So after doing some digging (with the help of ancestry.com), I found that not only did he have one sister, he had a total of five sisters and one brother. His mother had been married three times (she outlived all of her husbands)! WOW!!! So that made me want to dig even deeper. Genealogy is addicting to say the least.

So after digging some more, and posting on a message board asking for help, I have discovered many new relatives, two of which I met in person last week (how cool is that?). I have found out the name of my great grandparents on my Dad's side of the family and visited their graves. And it just continues to mindboggle. I now have pictures of my grandmother Wilhelmina (the one that survived three husbands) and pictures of her other children, sisters to my grandfather.

Life is just full of surprises....
Posted by KnitGirl at 9:22 AM 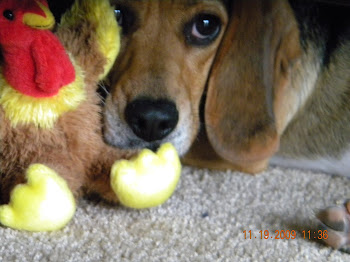